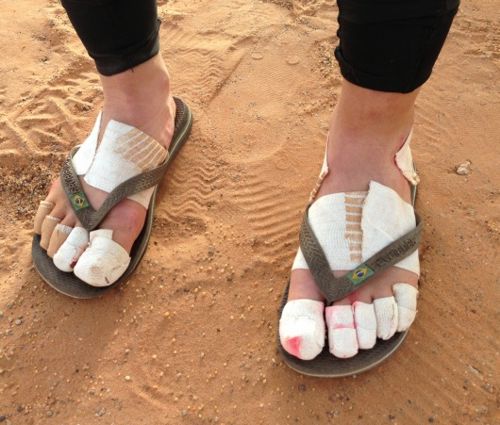 "De Feet" of the Desert

Marathon Des Sables is ranked by many as the toughest foot race on earth. It’s the equivalent of running five and a half marathons in five or six days in temperatures over 100 degrees Fahrenheit.

Andy Stanley and his friends completed this as part of their year long fund raising events named ” The Toughest Year Yet ” and Andy has so far raised almost £ 6,000.00 in this year alone in aid of the Claire House Children’s Hospice

You can donate to this fantastic charity through Andy’s Just Giving Fund Raising at :

A Big congratulations to Andy and his friends